Bathekgi Partners are organisations and companies that have joined forces with Bathekgi to promote the aims and objectives of the project, and bring unique and important resources to Bathekgi and its broader constituencies.

As part of our partnerships, we agree to sell and deliver our Partners’ products and/or services through Bathekgi Online, compensate partners’ for all products and/or services purchased, and profile our Partners in all our events and on our online platforms. We hope to use Bathekgi Online to reach producers who otherwise would not have a platform through which to sell their products or tender their services.

As part of our commitment to Bathekgi’s broader objectives of making cultural and other resources more affordable to our constituencies, we ask that all our partners strive to price their products affordably. Bathekgi’s approach to administration fees for use and maintenance of the online sales platform is also informed by the objective of assisting with the sustainability of our partners. The Terms and Conditions for the use of the platform can be found here.

Bathekgi welcomes a whole variety of partners. In particular, however, it is geared to promote small publishers, self-publishers, cooperatives, and other small businesses that in general do not have the resources or opportunities to profile their products online.

If you are interested in selling your products and/or services through Bathekgi Online, and would therefore like to become a Bathekgi Partner, please email the Bathekgi Team at Bathekgionline@Bathekgi.org.za

The Jozi Book Fair addresses the weak culture of reading and writing in all South Africa’s languages, that reflect the legacies of apartheid and continuing social inequality in this country. The Jozi Book Fair (JBF) creates readers and writers in all South Africa’s languages, to promote mother tongue and to use all art forms to encourage people of all ages to read the word and the world and to exercise their social agency. On the eve of its 20th anniversary Khanya College came to the conclusion that the process of social movement building goes beyond targeted education and training for individual activist. Of equal importance is the need for a range of other facilities that enhance activist development, and without which the work of education and training by institutions like Khanya remains limited and incomplete. These facilities include, among others, research and “self-education” facilities for activists, like resources centres, internet access facilities; bookshops that make publications available at subsidised rates; and facilities for printing and publications to provide avenues for individuals and organisations to publish. Such facilities also include the availability of spaces where activists can meet, formally and informally, to exchange experiences and consolidate their views on the various challenges facing the movements.

Bohlale Ba Basebetsi was formed to provide these facilities and resources for movement building. With this objective in mind, the House of Movements was purchased in 2005 and Khanya and other social justice organisations began moving in in 2006. Since its inception, the building has seen the establishment of a library; computer and internet resource centre; catering service; printing and publishing house; theatre; conference, meeting and workshop venues; and office space. Khanya Publishing, a project of Khanya College, is a response to the decline of progressive publishing initiatives that were central to the social justice struggle during apartheid. These publications and publishing houses, like Work in Progress, The New Nation, Ravan Press, Sached Publishing and many others in different parts of the country, were central in providing platforms for debate, critical analysis of contemporary economic, social and political issues. The role played by similar publications remains as important in post-apartheid South Africa as it was in the period of anti-apartheid struggles. 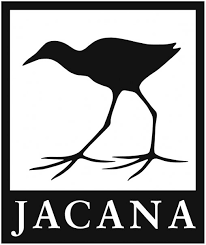 Jacana Media is an independent publisher based in Johannesburg, South Africa. Jacana publishes texts in a wide range of genres, including public health, the arts, natural history, business, as well as life skills and educational material for public and school libraries. It places special emphasis on literary fiction and non-fiction from South Africa, Africa and the rest of the world. Jacana sponsors the European Union Literary Award, and has a strong relationship with the Caine Prize for African Literature, having published many of the prize-winners over the last several years.

Macmillan was founded in 1843 by Daniel and Alexander Macmillan, two brothers from the Scottish Isle of Arran. Daniel was the business brain, while Alexander laid the literary foundations. An ambitious expansion programme was initiated in the late 1960s with significant growth in reference programmes and college textbooks as well as educational and scientific journals. New international opportunities were grasped and publishing operations were set up in Japan, Mexico and the emerging markets of Africa and Asia. Nowadays Macmillan is one of the largest and best-known international publishers in the world, operating in over 70 countries.

Pan Macmillan is part of the Macmillan Group, which operates in over 70 countries worldwide. Pan Macmillan South Africa is a trading division of Macmillan Publishers International Limited. 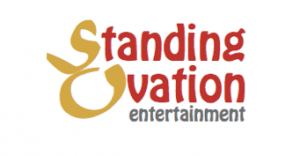 Standing Ovation Entertainment is a wholly black-owned company, and Fitzroy Ngcukana is the sole director. Fitzroy Ngcukana has over 40 years of experience as a musician, artist manager, and events co-ordinator. He has performed at the National Arts Festival in Makhanda (previously Grahamstown), has toured France and Japan as lead vocalist with African Jazz Pioneers, a legendary South African band, and DJ’ed at various high profile functions. Standing Ovation Entertainment has also produced TV shows for SABC, and been involved in managing major concerts and music events, including the Standard Bank Joy of Jazz and the Grahamstown Youth Jazz Festival. Standing Ovation has partnered with Bohlale to offer the following services: